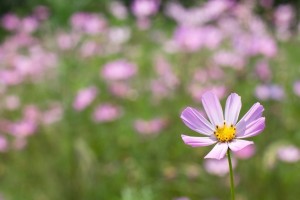 I started my career at a large commercial bank in Japan. Shortly after I received the offer, the HR manager asked me which department I wished to work in. Naturally, I told him my preference: the venture capital division.

I was sent to a different department, without receiving an explanation for that decision. I later discovered that the correct answer should have been a similar response to this:

“I would be happy to go anywhere you see fit. I’ll do my best wherever you choose to send me.”

I am often asked by Western executives why they can’t get a straight answer from their Japanese employees during a career coaching session.

I always tell them this particular story.
Why?
Because understanding this example gives them a glimpse into how Japanese think and why the executive’s coaching methods aren’t working.

In Japan, the public interest comes first, and this naturally extends to the workplace.

There are two Japanese words that are important in understanding this concept.

These two words are ingrained into a Japanese person’s thoughts and actions.

Most Japanese do not even realize how these ideologies influence their daily behavior. It is just something that exists.

In short, Japanese are required to always put the public interest, and not their self interest, first.

So here’s the logic behind my “wrong answer” to the HR department head.

If every new employee in a Japanese company stated which role they wanted, then someone else would be missing out on that position.

That is unfair. It is the complete opposite of the ideals of “trying to harmonize” and “self-sacrifice.” This is extremely selfish.

This is the point where the Western and Japanese mindsets clash.

The Western mindset is one of “self”. In a company, employees tend to be loyal to themselves and their aims.

Often they use their position in a business purely for the experience. Once they have that, they move to a better paying and/or higher position at another firm.

While teamwork is important, Western bosses value their individual freedom more, and their primary interest is their own career.

The Westerner in Japan often assumes that what is common and logical in their home environment will be the same in a foreign country.

So when Western executives can’t get a straight answer from their Japanese employees during a career coaching session, they interpret this as a lack of assertiveness or leadership potential on the part of the employee.

This is not true.

It’s an example of the “selfless mindset” in Japan. Workers here give their all in order to succeed and share in the achievements of the whole.

They do not consider pursuing their individual goals over those of the group. They are programmed to do their best under ANY given environment.

Look at it this way:

There is a vast difference.

So, what’s the best way to handle this responsibility to your staff?

To receive recognition as a strong and trustworthy leader, try to see things from a Japanese perspective.

Think about which career path might be best for them. Consider their skills and talents and foster those in order to guide their success.

This may feel awkward at first, but this method will reward you.

The one thing you can count on is that your staff will always work hard for you and give of their best.

No matter which direction you point them, or what choices you make for them, your staff will believe that you have their best interests at heart.

The trust they place in you is a big responsibility and one that you should respect.

I know these concepts are difficult for a foreigner, but the burden is on you to adapt. After all, you are the outsider and making an effort to fit in is your duty.
It is selfish to think otherwise.

As always – thanks for reading.
Do you have a useful tip for working with your Japanese employees?
Leave it in the comments below.