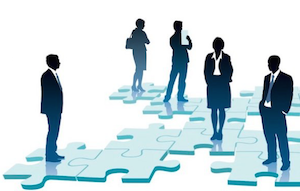 “I don’t know why my boss in Dublin (Ireland) always starts our video conference by telling me what she did during the weekend. Why can’t we just dive into the meeting without wasting time?”

Many Japanese complain to me about how they don’t understand why their non-Japanese colleagues love small talk so much. “I have no problem when we’re talking about work” they say “but when it comes to small talk… I don’t know how to carry on the conversation and it’s a real pain.”

When Japanese have meetings with other Japanese, they just dive into the topic without any chit-chatting.

Though I do explain to Japanese businesspeople why small talk is important in an global communication context, and train people to become better “small-talkers,” I think it’s equally important for non-Japanese to know why we have trouble with small talk.

Yes, our younger generation has been definitely changing, but when it comes to Japan’s current leading business élite I feel pretty comfortable to generalize this.

So why don’t Japanese do small talk? Here’s a couple of reasons I can think of (let me know if you have others):

I recently wrote an article for my blog in Japanese entitled “Why small talk is important:” the article generated lots of hits and received many comments from people. Here’s a taster:

So what can you do?

This is a question that I would like to ask you. I’ve been doing my part, helping Japanese people becoming better small talkers and would like you to not take it personally if you’re trying hard small-talking with your Japanese colleagues but don’t feel the “connection.”

Is there anything special that you’re doing to generate the “connection?”